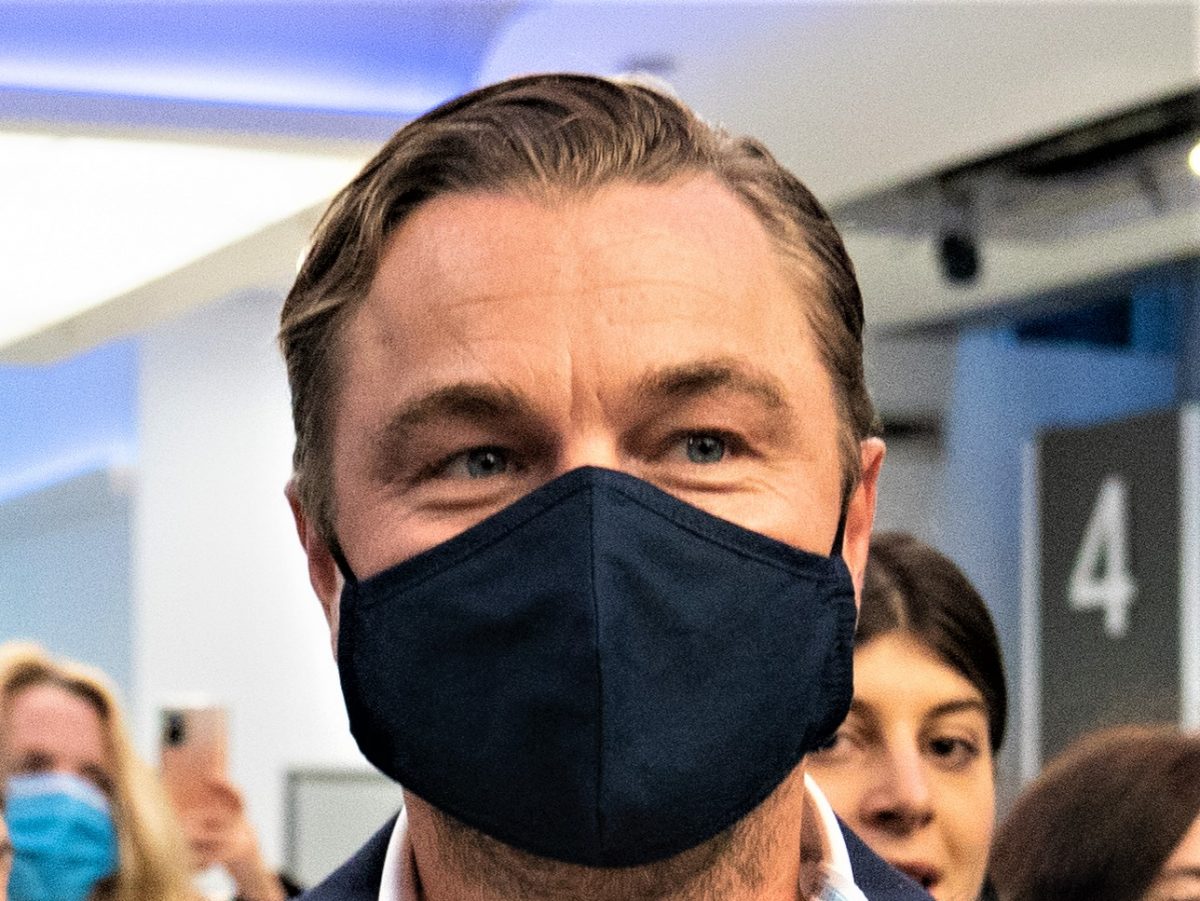 The Hollywood star, 46, was pictured at the conference surrounded by an entourage and wearing a blue suit featuring a colourful lapel pin.

DiCaprio met the Prince of Wales when the two environmental campaigners learned about Stella McCartney’s sustainable fashion. They spoke privately after they were separately given a guided tour by the designer of her innovative sustainable garments and accessories dubbed the “Future of Fashion.”

Stella McCartney said the celebrity appeared “gobsmacked” more designers were not “joining forces” with her push for sustainability and ditching leather for eco-friendly materials.

He has worked on a number of documentaries about animal poaching and the environment, and was appointed a United Nations representative on climate change in 2014.

Kew Science, the research arm of Royal Botanic Gardens in Kew, said he had visited its Carbon Garden space, where scientists will be highlighting the role plants can play in providing solutions to climate change across Cop26.

A spokeswoman said the actor “seemed to enjoy seeing the wonderful display of plants and messages about nature-based solutions to climate change that the Kew’s display has on show”.

DiCaprio, who was raised Catholic, met Catholic UN Secretary General Antonio Guterres in a private meeting in Glasgow. He previously met Pope Francis in 2016 to discuss environmental issues. His spokesman said that the pair hoped to identify ways of motivating people to commit to moral and ethical responsibilities to protect the Earth.

Leonardo DiCaprio describes himself as an actor and environmentalist on Instagram, and updated his biography ahead of the event to include the hashtag #COP26.

He also added a link to the United Nations website page on climate change.

In 2016, he was an executive producer on The Ivory Game, which examined the ivory trade.

Oscar-winning director Fisher Stevens also filmed DiCaprio as he travelled around the world to see the effects of global warming for the 2016 feature Before The Flood.

PHOTO: Leonardo DiCaprio walks through the exhibition hall after attending an event at the Cop26 summit in Glasgow on November 2, 2021. PA Wire/PA Images Picture by: Stefan Rousseau