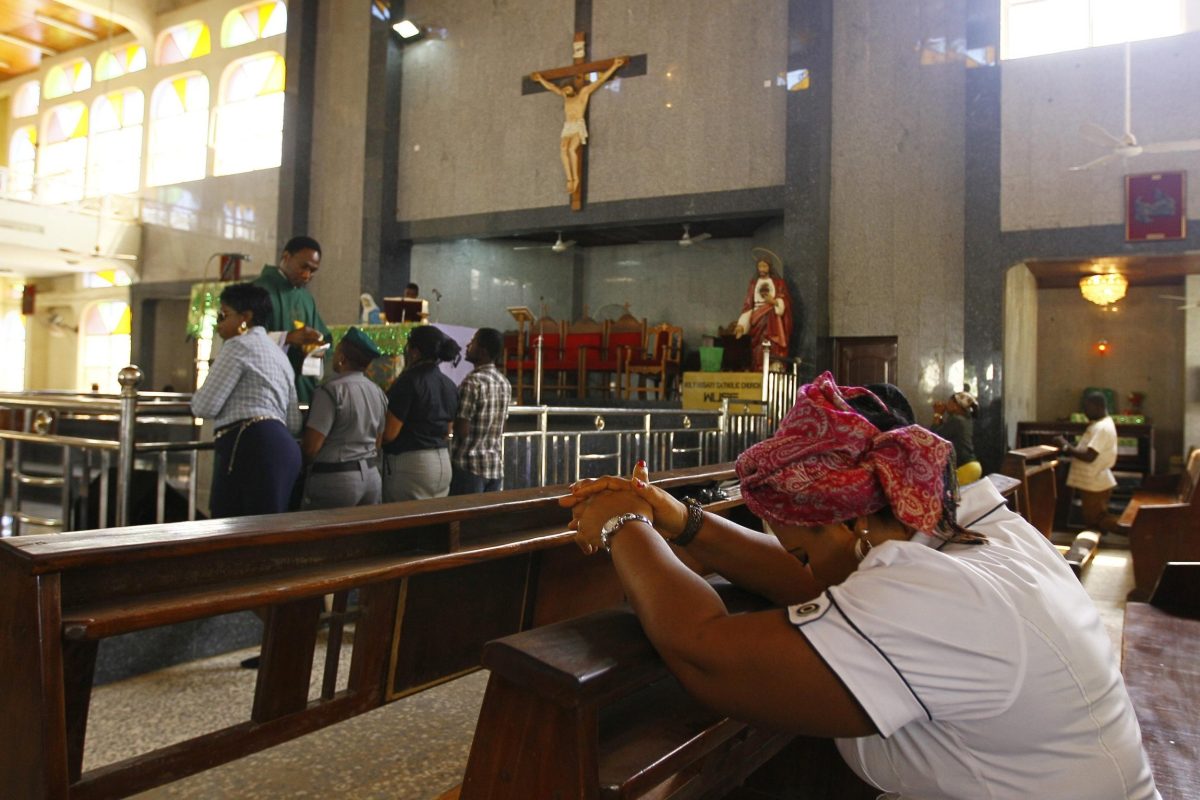 Dead Nigerian priest is most recent to be kidnapped, killed

The body of a priest was discovered on 19th July, four days after he was abducted from a parish rectory in central Nigeria, an official with the Diocese of Kafanchan reported.

Father John Cheitnum, was one of two priests kidnapped by assailants on 15th July from Christ the King Church in Lere, a town in the central state of Kaduna, Father Emnanuel Okolo, diocesan chancellor, said in a statement.

The second priest, Father Donatus Suleiman, was able to flee the abductors and is safe, the diocese said.

Father Cheitnum was killed by his abductors on the same day he was whisked away from the parish, Father Okolo said.

The diocesan chancellor called for prayers for Father Cheitnum and his family, and appealed for people not to take the law into their own hands in retaliating against the abductors should they be found.

Nigerian President Muhammadu Buhari condemned Father Cheitnum’s murder, saying in a statement on 20th July that he was “deeply disturbed” by the death caused by “outlaws who seem to be bent on creating chaos and disorder in the country.”

He added that the persistent attacks by gunmen on innocent people, including religious figures, was of grave concern for his administration.

“Let me reassure Nigerians that my commitment to this issue is as firm as ever. I have always made it a duty to regularly summon security chiefs to discuss these challenges and the way forward,” Buhari said in the statement released by an aide in the capital Abuja.

The kidnappings and the killing were the latest in a series of violent actions against Catholic communities and clergy in recent weeks.

The Kafanchan Diocese reported that during the early morning hours of 4th July, Father Emmanuel Silas was abducted from the rectory at St. Charles Parish in Kauru. He was released less than 24 hours later.

Father Vitus Borogo was shot and killed by unknown assailants on 25th June while working at a prison farm in Kaduna state. Another priest, Father Christopher Odia, was kidnapped on 26th June from the St. Michael Parish rectory in Etsako in Edo state in southwest Nigeria. He died when he was shot by his abductors during a rescue attempt by local police.

On Pentecost, 6th June, at least 40 worshippers were killed when gunmen opened fire during morning Mass at St. Francis Xavier Church in Owo in the southwestern state of Ondo. Authorities continue to investigate the incident.

Church officials have decried violence against Catholic targets and urged that government authorities crackdown on armed groups that are carrying out kidnappings and attacks on faith communities.

Picture: A woman is pictured in a file photo praying during Mass at Holy Rosary Catholic Church in Abuja, Nigeria. The body of a priest was discovered on 19th July 2022, four days after he was abducted from a parish rectory in central Nigeria, an official with the Diocese of Kafanchan reported. (CNS photo/Afolabi Sotunde, Reuters)