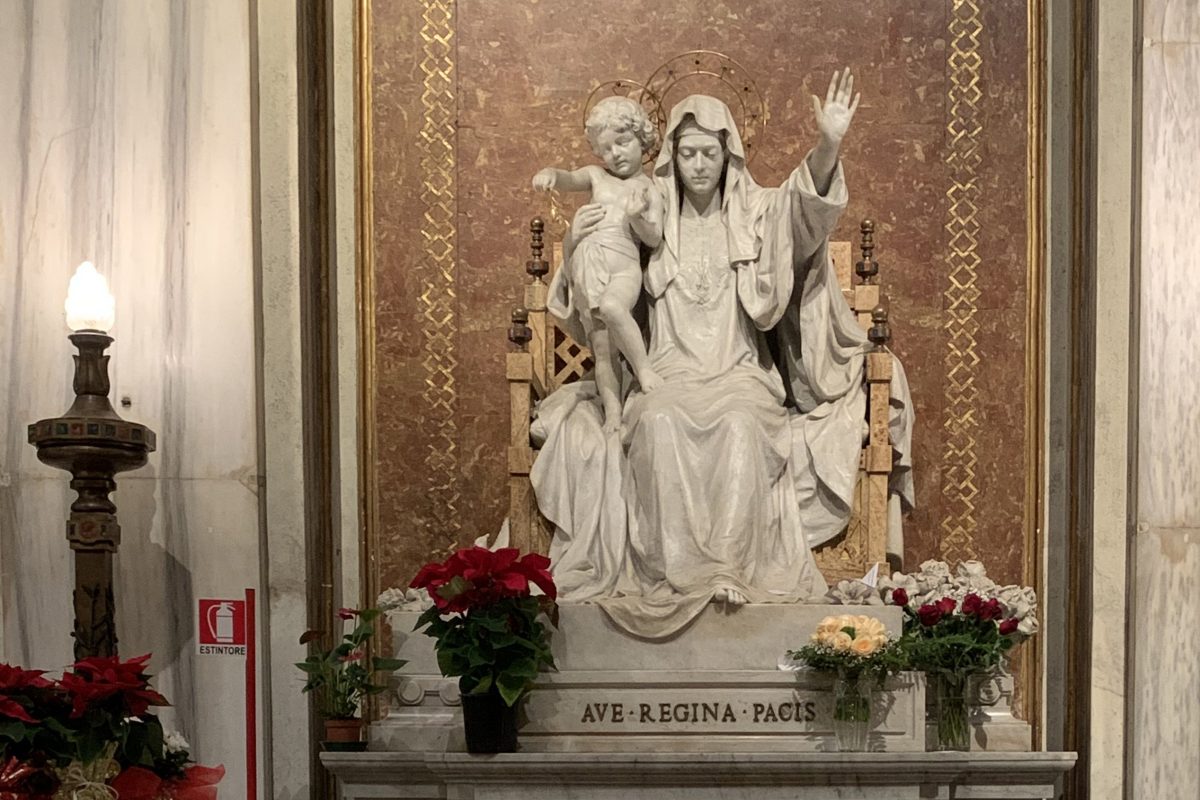 Pope, with Ukrainian families, to lead rosary for peace on 31st May

Pope Francis and Ukrainian families in Rome will gather on 31st May before a statue of Mary, Queen of Peace, to recite the rosary for peace in Ukraine and in other places at war.

Pope Benedict XV had the statue placed in Rome’s Basilica of St. Mary Major in 1918 as a sign and pledge of people’s prayers for an end to World War I.

“At the end of the Marian month, Pope Francis wants to offer a sign of hope to the world, which is suffering from the conflict in Ukraine and deeply wounded by the violence in the many theaters of active war” around the world, said an announcement from the Pontifical Council for Promoting New Evangelisation.

For the evening recitation of the rosary, the council said, Pope Francis will be joined not only by Ukrainian families, but also by members of the Scouts, young people who have recently received their first Communion or confirmation, Italian young adults belonging to a Marian prayer group, military chaplains and representatives of the three Queen of Peace parishes in Rome.

The world’s most famous Marian shrines, including Our Lady of Czestochowa in Poland, Our Lady Lourdes in France, Our Lady of Knock in Ireland and Our Lady of Guadalupe in Mexico, also are expected to join in, the council said.

Ascension Day: Choir sings from top of 163ft tower at Cambridge college
Previous Post
Best-selling author urges Catholics to get behind Universe ‘back to church’ campaign