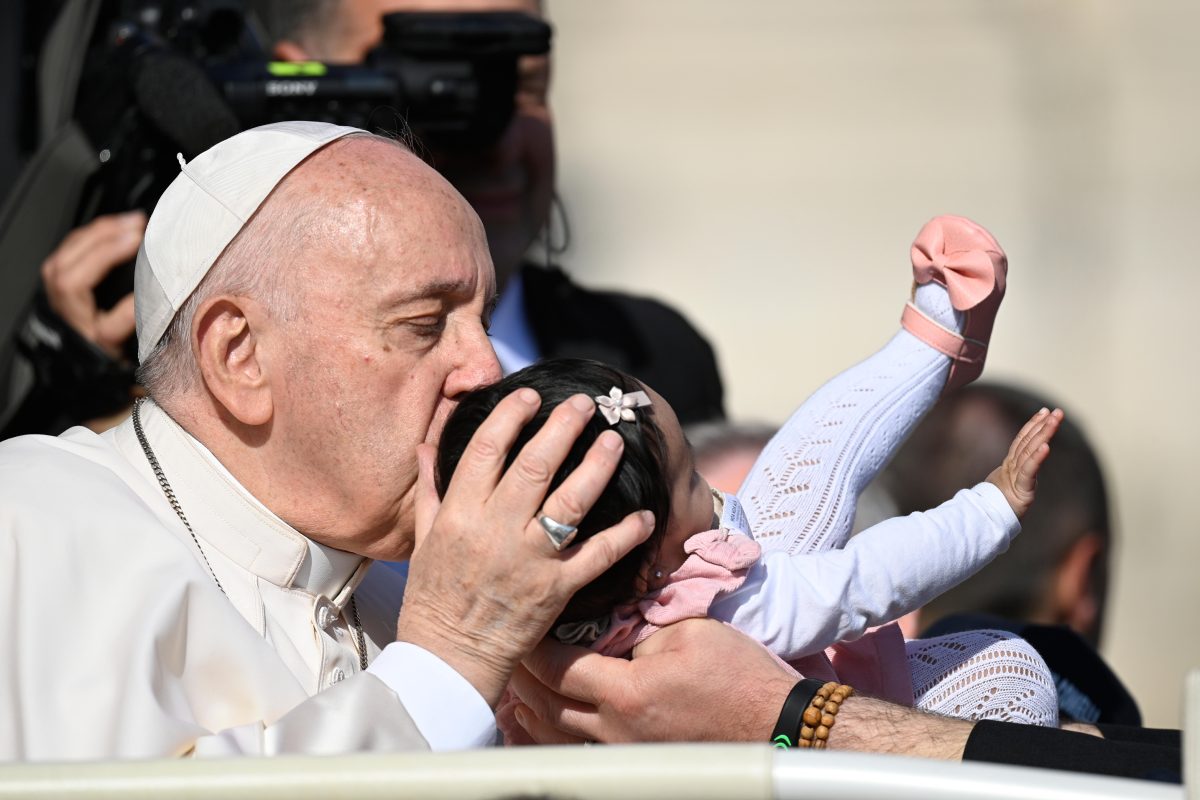 The past should be source of inspiration, not the destination, pope says

Wanting to go back to the way things were in the past is not Christian, Pope Francis said.

There is a difference between wanting to go back in time and drawing inspiration from one’s roots in order to move forward with Christ, he said.

Looking back to find inspiration is good because “without roots we cannot progress,” he said. “But to go in reverse is to go back in order to have a form of defense, a safety measure that saves us from the risk of going forward, the Christian risk of carrying the faith, the Christian risk of journeying with Jesus Christ.”

The pope spoke on 13th May to people taking part in an international conference on moral theology sponsored by Rome’s Pontifical Gregorian University and the Pontifical John Paul II Theological Institute for Marriage and Family Sciences.

The conference, from 11th-14th May, focused on “Pastoral practices, life experience and moral theology: ‘Amoris Laetitia’ between new opportunities and new paths” as part of a deeper exploration of Pope Francis’ 2016 exhortation on the family and how the document can help guide the church’s pastoral practice.

He said there is a risk right now, which “does so much harm to the church,” of wanting to “‘turn back,’ either out of fear or because of a lack of ingenuity or a lack of courage.”

There are “many” people who are part of the church “who crop up like mushrooms, here, there, over there, and they present themselves as a proposal of Christian life,” he said.

One example, he said, of returning to the past in the field of moral theology is with “casuistry,” that is, the practice of setting general laws on the basis of a few exceptional cases or using a form of reasoning that is legalistic and stripped of God’s love and mercy.

The pope said casuistry was “the foodstuff” of his and his generation’s studies in moral theology, and even though it is now outdated, this “decadent Thomism” can still be resurrected and disguised with proposals of what one can or cannot do.

“Amoris Laetitia,” he said, is an example of the living doctrine of St. Thomas Aquinas. The saint taught that there are factors, such as ignorance, that might diminish the culpability of an objectively sinful act.

The pope said this approach “helps us move forward taking risks, but in obedience. And this is not easy.”

Greater reflection and dialogue are needed across different academic and theological fields to help support families and truly address “wounds of humanity,” he said.

Today the family can play an important role in the “pastoral conversion of our communities and the missionary transformation of the church,” he said. “For this to happen, it is necessary there be, including on an academic level, theological reflection that is truly attentive to the wounds of humanity.”

Priests and theologians need to recognise “the inseparable relationship, despite the ordeals and difficulties of life, between the human conscience and the good,” Pope Francis said. “Gospel morality is far from being moralism, which becomes a literal observance of norms” in order to secure being just before God, and it is not a kind of idealism, “which, in the name of an ideal good, discourages and distances from the possible good.”

The good, he said, is “an appeal, a voice that liberates and stimulates the conscience,” in which resides a law written by God-to love good and avoid evil.

Picture: Pope Francis kisses a baby as he arrives for his general audience in St. Peter’s Square at the Vatican May 11, 2022. (CNS photo/Vatican Media)