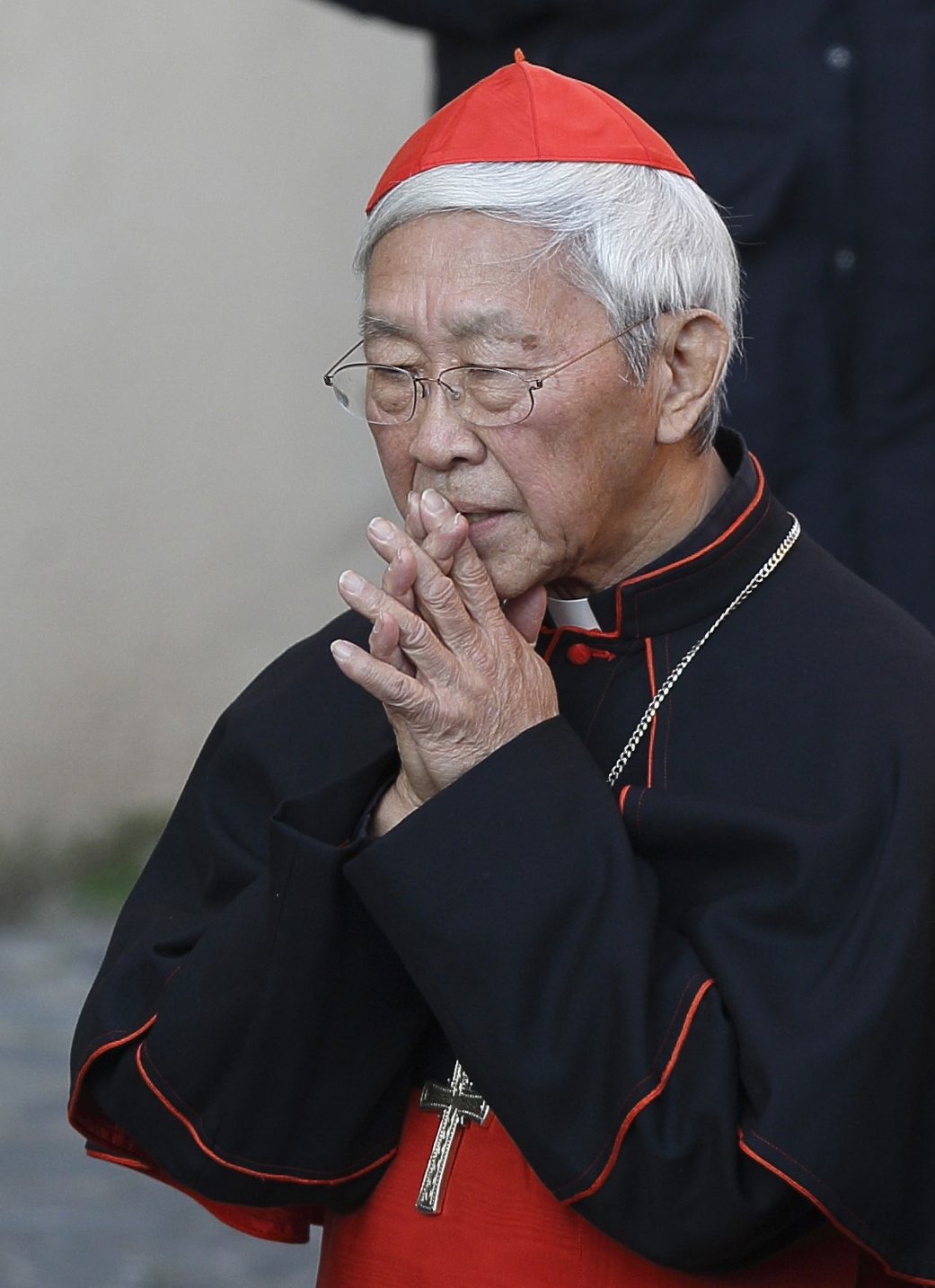 Cardinal Joseph Zen, retired bishop of Hong Kong, reassured Catholics he is fine after being detained and held by national security police for his support of anti-government protesters.

“I have spoken with Cardinal Zen,” Hong Kong Bishop Stephen Chow Sau-yan wrote on his Facebook page. “He told me to let his friends know that he is fine. Not to worry. And he wants us to take a low-profile approach for him.”

The 90-year-old cardinal returned to his home with the Hong Kong Salesians on 11th May after being held several hours.

The cardinal and three other trustees of the now-defunct 612 Humanitarian Relief Fund were detained separately on 10th and 11th May 10, and all were released on 11th May. The fund was set up to offer financial assistance to those involved in anti-government protests in 2019 and was disbanded after coming under scrutiny by authorities over the past year.

The national security police force was established “to safeguard Chinese national security.” The cardinal and others were interrogated in the Wan Chai police station for allegedly colluding with foreign forces.

Hong Kong’s 2020 security law made participating in or supporting the pro-democracy movement crimes of subversion and collusion with foreign organisations and allowed for those remanded to be extradited to mainland China. Punishment ranges between a minimum of three years and a maximum of life imprisonment.

Critics say that violates the Basic Law of the Hong Kong Special Administrative Region of China. The law, approved by China’s National People’s Congress in 1990, took effect on 1st July 1997, when Britain handed back control of Hong Kong to China. The law safeguards the prosperity and stability of Hong Kong and also protects the rights and freedoms of Hong Kong residents.

The statement also urged “the Hong Kong Police and the judicial authorities to handle Cardinal Zen’s case in accordance with justice, taking into consideration our concrete human situation.” It said it was “extremely concerned about the condition and safety of Cardinal Joseph Zen, and we are offering our special prayers for him.”

The Vatican issued a statement on 11th May saying it had “learned with concern the news of Cardinal Zen’s arrest” and was “following the development of the situation with extreme attention.” The following day, the Vatican newspaper, L’Osservatore Romano, ran a story on the incident which noted the “concern of the Holy See.”

In Washington, Rep. Chris Smith, R-N.J., co-chair of the Tom Lantos Human Rights Commission and ranking member of the Congressional-Executive Commission on China, called the detentions “an egregious abuse of human rights and religious freedom that should chill freedom-loving people the world over.”

“Criminalising freedom of expression as ‘sedition,’ casting legitimate international engagement as ‘collusion with foreign forces,’ and suppressing people of faith for their religious, social and political beliefs is designed to make engagement with Hong Kong human rights and democracy leaders impossible, as the CCP is determined to make Hong Kong a de facto province of the People’s Republic of China,” Smith said. He also called on the Vatican to “raise its voice regarding this outrageous attack on the independence of the church in Hong Kong.”

A tweet from the 2022 International Religious Freedom summit called the arrest “on charges of ‘collusion w/foreign forces’ — a deeply troubling development in China’s ongoing crackdown on advocates of democracy and now, apparently, on religious leaders.”

Cardinal Zen has publicly delivered detailed critiques of Beijing. He has been close to other high-profile dissidents and has even gone as far as sleeping on the streets with student protesters.

Beijing’s ire has also been raised by the cardinal’s ongoing critique of the Vatican’s controversial 2018 deal with China regarding the appointment of bishops, an attempt to end a fractious relationship that stretched back to the time of dictator Mao Zedong. Cardinal Zen said he was concerned the deal would “kill” the unofficial or underground church in China, whose leaders refuse to register with the state-run Chinese Catholic Patriotic Association.

The cardinal’s detention came months after a series of articles in state-run media attacking his activism. It also comes amid rising fears that Beijing would begin instituting closer control over the church in Hong Kong, in line with its central management of the church on the mainland.

Beijing has a history of arresting and jailing priests and bishops, with a number still unaccounted for in recent decades.

Shortly after the new security law was implemented, Cardinal Zen said that, while he would remain prudent, he was prepared to suffer arrest and trials under the new law.

“If right and proper words were considered against their law, I will endure all the suing, trials and arrests. Numerous predecessors have endured similarly,” he said in a video posted on his Facebook page.

Sunday Obligation fully restored at Pentecost, says Cardinal
Previous Post
The past should be source of inspiration, not the destination, pope says