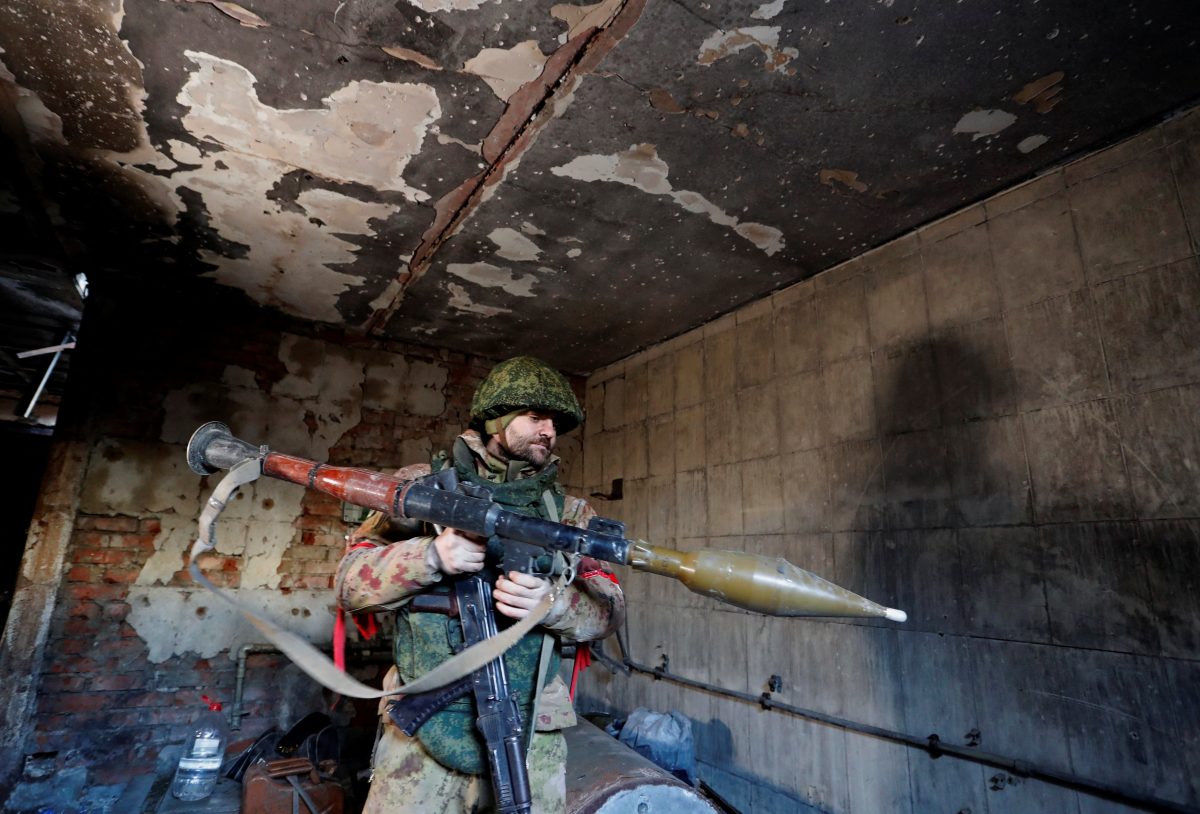 Pope says war in Ukraine is ‘unbearable’ and ‘shameful’

Russia’s war on Ukraine and international reaction to it show how nations still attempt “to govern the world as a chessboard, where the powerful study moves to extend dominance to the detriment of others,” Pope Francis said.

While not specifically mentioning NATO, whose members have announced they are increasing their military spending in response to the war, the pope said, “I was ashamed when I read that, I don’t know, a group of states have made a commitment to spending 2% of their GDP to buy weapons.”

“It’s madness,” Pope Francis said on 24th during a meeting with representatives of the Italian Women’s Center, an association founded after World War II to defend the dignity of women and promote their involvement in political and social life.

The association, he said, shares the Catholic Church’s vision of politics as a form of charity aimed always at the promotion of the common good.

Obviously, he said, “good politics cannot come from the culture of power understood as domination and exploitation, but only from a culture of care, care of the person and his or her dignity and care of our common home.”

The “shameful” war in Ukraine, the pope said, is proving his point.

“It is unbearable to see what has happened and is happening in Ukraine,” he said, “but, unfortunately, this is the fruit of the old logic of power that still dominates so-called geopolitics. The history of the last 70 years proves it: Regional wars have never been lacking; that’s why I have said we are seeing ‘the Third World War in bits and pieces,’ a bit everywhere.”

But, Pope Francis insisted, Russia’s war on Ukraine is different. It has “a larger dimension and threatens the whole world.”

However, he said, a way must be found to ensure that it is not subject to “economic-technocratic-military power.”

Pope Francis said he wanted to share his reflection with the women’s association because “women are the protagonists of this change of course, of this conversion, provided they do conform to the prevailing power system, provided they maintain their identity as women.”

“I wanted to speak to you about this to remind myself and everyone else, starting with us Christians, that this change of mentality concerns everyone and depends on each one of us,” the pope told them.

Picture: A service member of pro-Russian troops checks weapons inside a building, which according to the military was previously a fighting position of Ukrainian armed forces, during the Russian-Ukrainian war in the town of Marinka, in the self-proclaimed People’s Republic of Donetsk, 22nd March 2022. (CNS photo/Alexander Ermochenko, Reuters)